What to name your Moggy? I suppose just about every Morris Minor owner has gone through this dilemma. I’ve always referred to her as the lowlight, but I knew there must be something better. But nothing else would stick. I referred to her as Molly a few times but this went over everyone’s head. Molly was too common, so I just went back to the lowlight.

But that all changed when I moved from New South Wales to the state of Queensland and had to change her number plates. The young woman at the motor registry office brought out the new plates. They read 297 HEW. From that day “she” became a “he” and became known as Hewie. 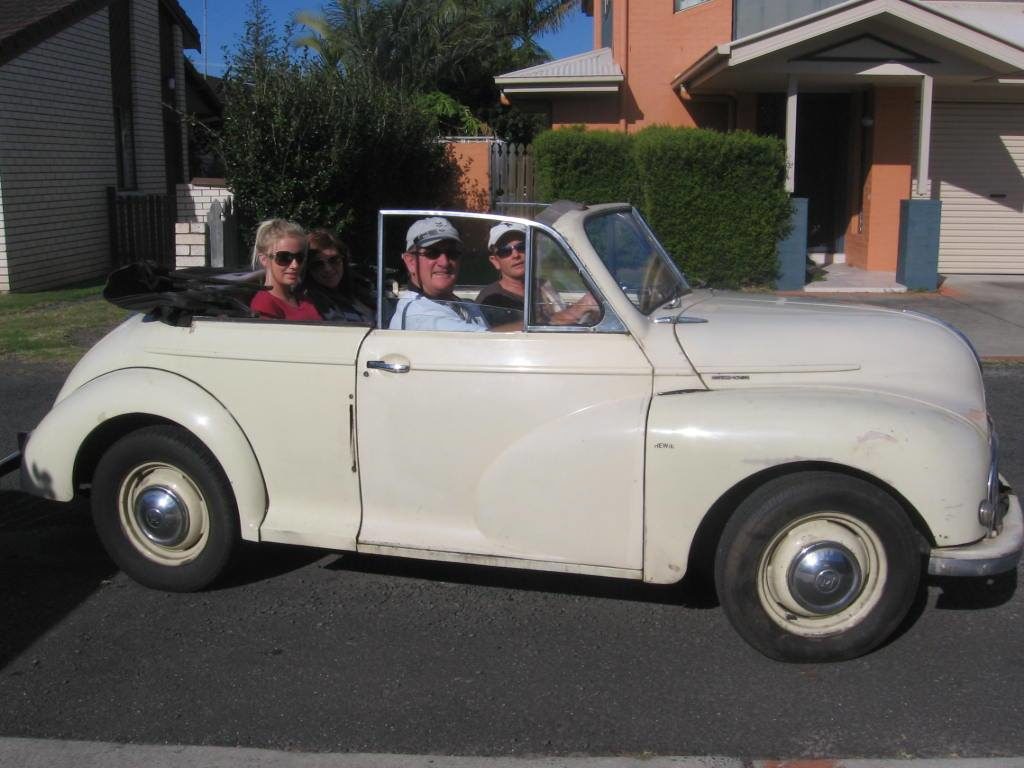